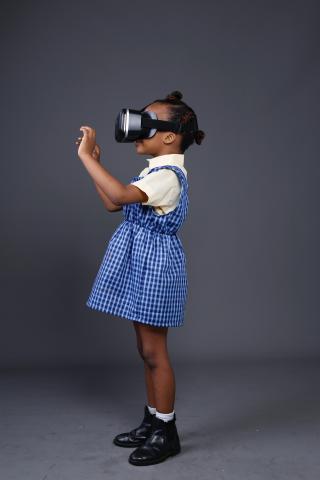 The CRNL working group Naturalistic Neuroscience offers a morning webinar on the contribution of virtual reality (VR) to our research. We invited 2 internationally recognized experts in this domain, Jasper Poort (University of Cambridge) and Salvatore Maria Aglioti (Sapienza University of Rome), who successfully use VR in animal and human research, respectively. You will also hear about some examples of VR work carried out at the CRNL.
The idea is that everyone will be able to see through the shared experiences of our speakers what is possible to do using these research environments and that we all discuss together around this topic.
So, do not hesitate to join us, especially if you are not familiar with VR!

Part 1: Use of VR in animal research – Chairwoman: Nadine Ravel

Part 2: Use of VR in human research – Chairman: Alessandro Farne

Part 1: Use of VR in animal research – Chairwoman: Nadine Ravel

In recent years, the mouse has become a prominent model species in vision research. Major challenges in studying brain mechanisms of naturalistic vision are controlling visual input and measuring neural responses in freely behaving animals. I will present recent work where we use virtual reality environments to study the neural mechanisms of visually-guided learning and attention in head-fixed mice, enabling two-photon imaging of activity in different inhibitory and excitatory cell types. Our results indicate that learning and attention increase visual response selectivity in mouse primary visual cortex through distinct mechanisms. I will also discuss recent work on monitoring eye and head movements during vision in freely behaving mice, revealing both similarities and differences between eye movements in humans and mice.

Even though we perceive the space surrounding us as a continuum, the region of space near the body where physical interactions with objects and other individuals take place is a special region, termed peripersonal space (PPS). In recent years, there has been a growing interest in the influence of social elements onto PPS representation. I will first present experimental setups where we exploited immersive virtual environments and visual illusions to probe humans’ perceptual abilities in depth using social and non-social stimuli. Second and since most of the work carried out to characterize how the brain encodes PPS representation originally comes from monkey neurophysiology, I will also briefly introduce some ongoing experiments using virtual reality in the MRI scanner to compare the neural correlates of the close space in both humans and monkeys using a similar procedure.

Functional imaging of human participants who perform complex behaviors while actively exploring virtual environments provides us with a way to approximate behavior in the real world. Nonetheless, the analysis of the BOLD data recorded in these conditions is not trivial. Many factors affect simultaneously the recorded brain signals and the identification of activity specifically associated with the processes of interest can be challenging. Here I will illustrate a few examples that used data-fitting with the general linear model to capture different types of effects: transient responses, processes showing continuous changes over time and gaze-based analyses that capitalize on eye-tracking data to identify attention-related activity during active behavior in virtual reality.

Part 2: Use of VR in human research – Chairman: Alessandro Farne

Salvatore Maria Aglioti, Sapienza University of Rome
Behavioural and physiological reactivity to the experience of wearing same- and opposite-sex virtual bodies and seeing them caressed in intimate areas

Immersive virtual reality may enable people to undergo the experience of owning an artificial body and vicariously feeling tactile stimuli delivered to it. Here I discuss a series of immersive virtual reality (IVR) studies about the behavioral and physiological reactivity of heterosexual, gay and lesbian people who embodied same-sex and opposite-sex avatars to the observation of a caress delivered on their virtual bodies. In specific, participants were asked to evaluate the experience (e.g., pleasantness, erogeneity) of being touched on social or intimate areas of their virtual body by a male or female avatar. Skin Conductance and heart rate responses were collected. Results show that a body-swapping illusion can be  easily obtained and that virtual touches elicit lifelike sensations. The salience of vicarious touch was dependent upon the area, the gender and the sexual orientation of the participants as well as by the gender of the touching avatar. Skin conductance responses also showed that touches on virtual intimate areas elicited highest reactivity.  These data suggest that wearing an artificial body makes vicarious tactile experiences compelling and that actual tactile feedback on the body. Moreover, vicarious sensations attributed to one’s own avatar are sensitive to top-down factors, like the gender of the touching avatar. Our paradigm may offer new opportunities to study the effect of somatosensory stimulation without deliver stimuli on the body and could be applied to investigate ecologically the role of social factors in touching behavior. Moreover, our tasks could be adapted and used in devising specific training programs for people with touch avoidance (e.g. autistic people) or sexual related issues (e.g. gender transition, trauma).

It is now accepted that humans can communicate their emotions through chemosignals contained in body odor. However, this has been shown for negative emotions, while positive ones have received little interest so far. Here, I will present two studies using positive emotion induction with videos or virtual reality. Body odors were collected on male donors who underwent the induction procedures, and were subsequently presented to female receivers while we measured physiological and behavioral responses (heart rate, skin conductance, performance in creativity tasks). Smelling a “positive body odor” induced physiological and behavioral changes in the receivers that are consistent with the replication of the donor’s emotional state. I will compare and discuss both mood induction procedures (videos vs. virtual reality), which provided slightly different outcomes in this context.

Within all types of retrieval cues, odors are able to evoke singular episodic memories, mainly because they are emotionally loaded. Given that hedonic judgments are a primary facet of olfaction, and that neural pathways for emotion and olfaction are partially overlapping, we hypothesized that the uniqueness of odor-evoked episodic memories comes from the emotion carried by the olfactory cue. We addressed this hypothesis by comparing episodic memories evoked by odors to those evoked by ecologically relevant cues from two other sensory modalities: musical pieces and faces, all cues varying in emotion. We used a non-immersive virtual reality environment in order to address these challenges in a fully controlled way while being closer to real conditions. It allowed participant to encode complex multi-sensory events and to retrieve these, either in the lab or in the fMRI scanner. For illustration, the presentation of the VR environment will be followed by some behavioral findings.