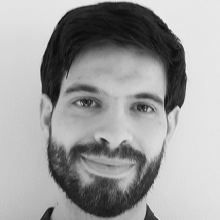 We do not remember all our experiences for as long nor as vividly. The formation of memory and its transfer into a long-lasting state, known as memory consolidation, engages the interaction between neuronal ensembles in the cortex and the hippocampus. The spatio-temporal context of an experience is associated with a unique pattern of neuronal activity in the population of hippocampal neurons. These neuronal representations are experience dependent and sensitive to a large range of stimuli. Moreover, during periods of quiet wakefulness or during sleep, the activity patterns observed during experience are reactivated, a phenomenon known as ‘replay’ which causally contributes to memory consolidation.

To investigate the contribution of hippocampal patterns of activity to the preferential retention of salient experiences, we monitored the activity of neuronal ensembles in the area CA1 of rats while they were trained to learn and remember the associations between two distinct locations and different amount of rewards. As expected, the animals showed stronger memory for the locations associated with a larger reward. The reward-related enhancement of memory was accompanied with the faster reorganization and stabilization of the hippocampal representations when the goal location was associated to the large reward. Moreover, post-learning replay activity correlated with reward size and the reward-related enhancement of memory performance was sensitive to replay disruption. These results shed light on the contribution of hippocampal activity patterns to the formation and consolidation of memory for salient experiences.