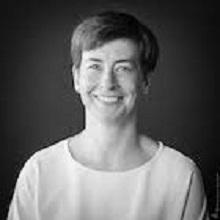 Résumé : The dynamic of the temporal correlations between brain areas, called functional connectivity (FC), undergoes complex transformations through the life span. In this review, we aim to provide an overview of these changes in the nonpathological brain from fetal life to advanced age. After a brief description of the main methods, we propose that FC development can be divided into four main phases: first, before birth, a strong change in FC leads to the emergence of functional proto‐networks, involving mainly within network short‐range connections. Then, during the first years of life, there is a strong widespread organization of networks which starts with segregation processes followed by a continuous increase in integration. Thereafter, from adolescence to early adulthood, a refinement of existing networks in the brain occurs, characterized by an increase in integrative processes until about 40 years. Middle age constitutes a pivotal period associated with an inversion of the functional brain trajectories with a decrease in segregation process in conjunction to a large‐scale reorganization of between network connections. Studies suggest that these processes are in line with the development of cognitive and sensory functions throughout life as well as their deterioration. During aging, results support the notion of dedifferentiation processes, which refer to the decrease in functional selectivity of the brain regions, resulting in more diffuse and less specialized FC, associated with the disruption of cognitive functions with age. The inversion of developmental processes during aging is in accordance with the developmental models of neuroanatomy for which the latest matured regions are the first to deteriorate.