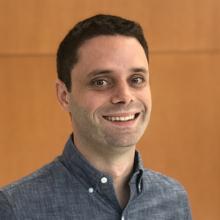 I studied fundamental physics and then cognitive neuroscience. During my Ph.D. at the Brain and Spine Institute (ICM) in Paris, obtained in 2014, I used non-invasive brain stimulation and diffusion MRI to investigate the neural networks responsible for attentional modulation of visual perception. Then, I joined the National Institute of Health (NIH) in USA (HCPS, NINDS) to identify the neural mechanisms of selection and maintenance of information during working memory using magnetoencephalography and machine-learning, before coming back to France to join the Lyon Neuroscience Research Center (CRNL). My research has been supported by the Fyssen Foundation, the Fondation pour la Recherche Médicale (FRM), the National Institute of Neurological Disorders and Stroke (NINDS) and I received awards from the Bettencourt-Schueller and the Philippe foundations. In 2020-2021, I obtained an ATIP-Avenir grant and I have been recruited as a permanent INSERM researcher. At the CRNL, I will use behavioral experiments, brain electrophysiology and non-invasive brain stimulation in humans to identify the neural computations of learning and develop efficient interventions, including brain stimulation or mental training, to improve learning.