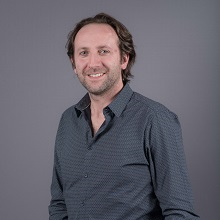 Brain-Computer Interfaces hold great promise for motor-impaired patients, but non-invasive approaches using EEG still suffer from unreliable and unstable performance both for rehabilitation in stroke patients, and for restoring control in quadriplegics. Clearly, a fine-grained individual strategy is needed, as well as an in-depth review of the neurophysiological markers used so far.We are convinced that this is now achievable and will allow for unprecedented progress. Recent breakthrough in high resolution neuroimaging (laminar MRI and MEG), and in our understanding of brain networks communication through oscillations, open the way to highly personalized BCI.In particular, markers traditionally used as signatures of the execution or imagination of a movement, the famous desynchronizations or decreases of power in the beta band (14-30Hz), are actually expressed only by transient bursts whose amplitude and frequency of occurrence would carry the relevant information.The very recent literature on these oscillatory bursts shows a higher specificity with respect to the relevant characteristics of action (reaction times, errors), and also shows greater spatial specificity (lateralization) according to our preliminary results. And preliminary findings suggest it would be similar for the mu rhythm (8-13Hz).In addition, it is now possible to3D print from a high resolution anatomical MRI, an individual head-cast allowing a subject or patient to position themselves in the MEG in a reproducible manner from session to session, while minimizing movement relative to the sensors. This approach significantly increases the signal-to-noise ratio and yields laminar precision in the description of cortical activity. This system was recently set up in Lyon.The HiFi project proposes to exploit these recent fundamental and technological advances to optimize the performance of EEG BCI.The rational starts with multimodal profiling, to establish a patient-specific EEG decoding model. It also requires adaptive signal processing, from one session to another, but also within sessions in real time. Then, implemented in a portable system combining EEG and virtual reality, this will lead to an optimal tool for brain training.This translational project plans to involve patients as soon as possible, to demonstrate the feasibility and the great potential of this original approach.Thus, after experimentation and validation with healthy volunteers, a pilot study will be carried out in 10 post-stroke patients in the subacute phase. Finally, we will develop a prototype which we plan to demonstrate during the internationalBCI competition organized every 4 years in Zürich (Cybathlon 2024) for which we will enroll two quadriplegic subjects.The HiFi project will span four years. It brings together a consortium of three academic laboratories with complementary skills in BCI, electrophysiology, neuroscience, signal processing and machine learning. Finally, it involves key clinical and industrial collaborators who will be essential to the successful achievement of our ambitious goals.