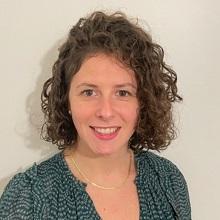 Normal aging is accompanied by cognitive and sensory deficits, including olfactory deficits, which affect the quality of life and health of elderly subjects. However, normal aging (independently of any degenerative pathology) is poorly explored and the cellular mechanisms underlying these deficits remain largely unknown. This lack of knowledge limits the care of elderly subjects as well as the development of remediation strategies to counteract olfactory and cognitive aging.
The objectives of this thesis were first to improve the understanding of olfactory aging and the neural mechanisms underlying these deficits in mice, and second to improve the functioning of the aging brain.
In a first study, we used the olfactory perceptual learning model to identify the cellular mechanisms underlying olfactory aging under basal and plasticity-requiring
conditions. This learning improves discrimination between two perceptually similar odorants following repeated exposure to these odorants. In rodents, it requires the
contribution of adult-born neurons in the olfactory bulb. We finely studied the kinetics of the appearance of olfactory perceptual learning deficits over the mouse lifespan (from 2 to 18 months) and revealed that the long-term retention of olfactory perceptual learning is impaired as early as 12 months of age, before the total loss of learning abilities at 18 months. These learning retention deficits are associated with an alteration of the structural plasticity of adult-born granule cells in the olfactory bulb.
In a second study, we developed a remediation strategy to improve olfactory and cognitive aging, based on olfactory stimulation with a new odor every day (enrichment).
These olfactory enrichment sessions were repeated throughout the life of the animal to allow the constitution of a cognitive reserve. This concept is associated in humans with a high level of cognitive stimulation and resistance to the deleterious effects of aging on cognitive performances and could be an effective strategy to promote better aging. Mice subjected to such olfactory enrichment displayed improved olfactory discrimination performance at late ages, as well as spatial memory and cognitive flexibility, indicating that the benefits of lifelong olfactory enrichment extend beyond the olfactory sphere and include broader cognitive benefits. At the cellular level, we did not observe any changes in adult neurogenesis in the olfactory bulb, a mechanism known to underlie olfactory learning and memory in the young adult. However, we revealed an increase in noradrenergic innervation that correlates with behavioral performances. Finally, we identified remodeling of brain networks implicated in behavioral tasks, which may underlie the improvement of cognitive performances in aged mice subjected to long-run olfactory enrichment.
Overall, our data contribute to deepen our understanding of age-related alterations in brain plasticity mechanisms and their implication in learning and memory deficits. Moreover, this work proposes repeated olfactory enrichment throughout life as an effective strategy to promote better aging by improving not only olfactory, but also cognitive aging in general, inducing structural and functional remodeling in the brains of aged mice.