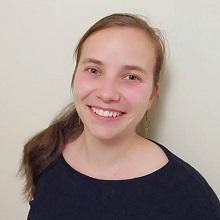 Severe traumatic brain injury (TBI) is a specific pathology, that should be distinguished from mild and moderate TBI, and induces a great variety of pathophysiological mechanisms. Neurological injuries result from the initial mechanical insult, and develop over hours, days or months following TBI, involving biological mechanisms termed « secondary injuries ». Without appropriate medical intervention, sensory, motor and neurological sequelae can persist, and induce long-term handicap or death. Such secondary injuries involve at least in part systemic deficits from respiratory, cardio-vascular or immunological origin. Modelling the pathophysiological mechanisms triggered by severe TBI is important to understand lesion progression, and therefore, cannot be accurately performed without the use of live laboratory animals. The goal of this thesis is to develop and characterize a severe TBI model in male and female rats, relying on the lateral fluid percussion technique. Firstly, a pneumatic valve was used to attempt inducing severe TBI in a more reproducible manner, using portable equipment. Secondly, we quantified daily animal welfare after severe TBI using a specific scoresheet. This approach allowed estimating the general well-being of the animals, and limiting possible methodological biases related to poor animal welfare. Finally, the temporal evolution of neurological lesions and behavioral sequelae was characterized up to 160 days after severe TBI. We showed that animal welfare was impacted during a transitory period lasting less than two weeks. Anatomical and behavioral deficits were observed as soon as two days, while anxiety and memory deficits persisted 110 days after severe TBI. Sexual disparities included a tendency for more severe behavioral consequences in females. Altogether, these results allow for a more precise definition of severe TBI in animals, as well as a better estimation of its ethical, neurological and behavioral consequences. They will allow to study with more specificity the pathological mechanisms triggered by severe TBI, as well as possible new therapies at a preclinical stage.

Due to the current health situation, the defense will be held in the Neurocampus amphitheatre with a limited capacity (50 people maximum) and and will be transmitted via zoom at this link (ID de réunion : 963 7639 2817 ; Code secret : Z3FFQs).