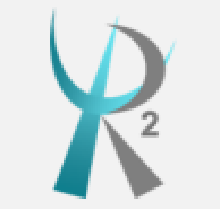 The PSYR2 CRNL team published in February 2021 in the journal npj Schizophrenia the results of a study conducted at the CH le Vinatier on the effects of non-invasive brain stimulation on the negative symptoms of schizophrenia.

In this randomised controlled trial combining clinical and neuroimaging assessments, the team showed that 20 sessions of active iTBS (intermittent theta burst stimulation) applied to the left dorsolateral prefrontal cortex resulted in a significant decrease in negative symptoms compared to placebo stimulation, with an effect observed 6 months after the treatment. Moreover, the stimulation led to an increase in the functional connectivity of the left dorsolateral prefrontal cortex with several other brain regions important in schizophrenia, such as the right angular gyrus and a region of the midbrain that may contain the cell bodies of dopaminergic neurons.

The PsyR² team would like to thank all those who participated and/or contributed to this study: patients and staff members of the CH le Vinatier!