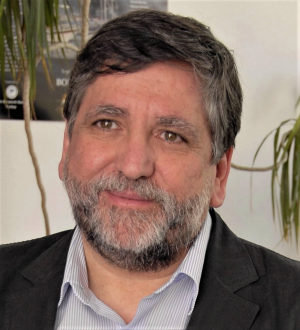 Olivier Bertrand is a research director at INSERM and director of the CRNL.

After training as an engineer at the Ecole Nationale Supérieure des Télécommunications in Paris, he obtained a thesis in Biological and Medical Engineering in Lyon and turned to research in human cognitive neurophysiology using and developing new neuroimaging techniques, in particular electro- and magneto-encephalography.

He is interested in the cortical organization of auditory information processing, and more generally in the oscillatory dynamics of interactions between brain areas underlying sensory and cognitive processes.

Director of the INSERM Research Unit Brain Dynamics and Cognition (DYCOG) in 2007, then founder of the CRNL in 2011, he has been directing the DYCOG team until 2020.