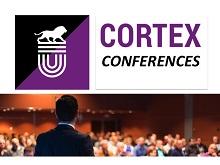 In most animal species including humans, commissural axons connect neurons on the left and right side of the nervous system. This communication between the two sides of the brain and spinal cord is necessary for a series of complex function, including binocular vision, coordinated locomotor movements, and sound direction localization. In humans, abnormal axon midline crossing during development causes a whole range of neurological disorders ranging from congenital mirror movements, horizontal gaze palsy, scoliosis or binocular vision deficits. The mechanisms which guide axons across the CNS midline were thought to be evolutionary conserved but our recent results suggesting that they differ across vertebrates. We obtained genetic evidence challenging the idea that long-range gradients of diffusible factors, such as netrin-1 attract commissural axons to the midline. I will also discuss the evolution of visual projection laterality during vertebrate evolution. In most vertebrates, camera-style eyes contain retinal ganglion cell (RGC) neurons projecting to visual centers on both sides of the brain. However, in fish, RGCs are thought to only
innervate the contralateral side. This suggested that bilateral visual projections appeared in tetrapods as an adaptation to aerial vision. Using 3D imaging and tissue clearing we found that bilateral visual projections exist in non-teleost fishes. We also found that the developmental program specifying visual system laterality differs between fishes and mammals.