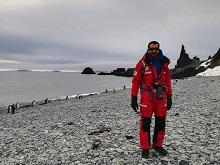 He is responsible for software development and instrumentation within the SLEEP CRNL team. He pilots and manages projects for the creation and deployment of new methods for the acquisition and analysis of sleep, EEG and behaviour in animals in the laboratory and in the natural environment.

He is also responsible for a team's research axis in comparative biology, which aims to understand the evolutionary origin of sleep by studying the physiology, brain activity and behaviour of several animal species.

Since 2013, he has initiated and led a methodological development project for which he obtained funding (PALSE IDEX). This project, in collaboration with the INL biomedical sensors team (Dr Bertrand Massot), after several validation and optimisation phases, saw the creation of miniature sleep recording systems capable of recording the physiology, cerebral activity and behaviour of a small, freely moving animal for several days (the system weighs only 4g and can be used on mice). This unique system has been the subject of two invention declarations and has been transferred to a company for commercialisation.
Beyond the technological achievement, he also designed the surgical procedures for implantation, attachment to the animal, encapsulation, and the software needed for signal analysis.
These wireless systems have begun to be deployed in the laboratory, reducing stress by giving more freedom to the animals (usually connected to the recording device via a cable). This has enabled the study of narcoleptic mouse models or rats with sleep behaviour disorders in the laboratory.
In addition to improving recording conditions in the laboratory, Paul-Antoine has also deployed this device in natural and semi-natural environments on penguins, swifts and sharks, thus opening up new avenues towards our understanding of sleep in ecological conditions.

This innovation also offers new research perspectives beyond the study of sleep. Indeed, all fields that base their analyses on the collection of multiple electroencephalographic, electromyographic or other physiological signals, such as studies on epilepsy, can also benefit from this innovation. 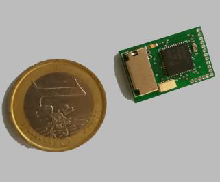