Some odorants act as rewards on our brain 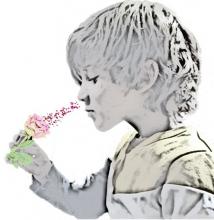 Since the dawn of time, we have surrounded ourselves with odorants: we season our dishes, spread incense in our houses and perfume ourselves. Our close relationship with smells illustrates the strong power of attraction they exert on us. But why are we so attracted to some odorantsthat we come so close, sometimes repeatedly, to their source?

Scientists are using a combination of behavioral, cellular and brain imaging, electrophysiology and brain "transparency" approaches to show that some odorants are able to act as rewards in mice. This particular property of odorants would be allowed by a privileged neural pathway between the area of the olfactory bulb that processes pleasant odor information and a key brain region of the reward system, the olfactory tubercle. The role of the reward circuit, that is also activated when taking drugs, is to reinforce some of our behaviors thanks to the release of a chemical substance, the dopamine. This neurotransmitter produces a state of satisfaction. The activation of the olfactory tubercle in response to pleasant odorants has also been demonstrated in humans using functional brain imaging.
The rewarding property of pleasant odorants has also been demonstrated by the use of the "conditioned place preference" procedure, which measures the memory left by a positive affect induced by a stimulus, as it is the case for cocaine or sugar:  an animal, or a man, will spend more time in a place where they have previously experienced a positive affect. In this study, a conditioned place preference has been observed with pleasant odorants, i.e. a higher amount of time spent in a previously odorized area, compared to an area that remained odorless, was observed in both mice and humans through "living lab" experiments.
Thus, this study provides behavioral, anatomical and functional data indicating that odorants may act as natural rewards in the absence of association with food or social stimuli. 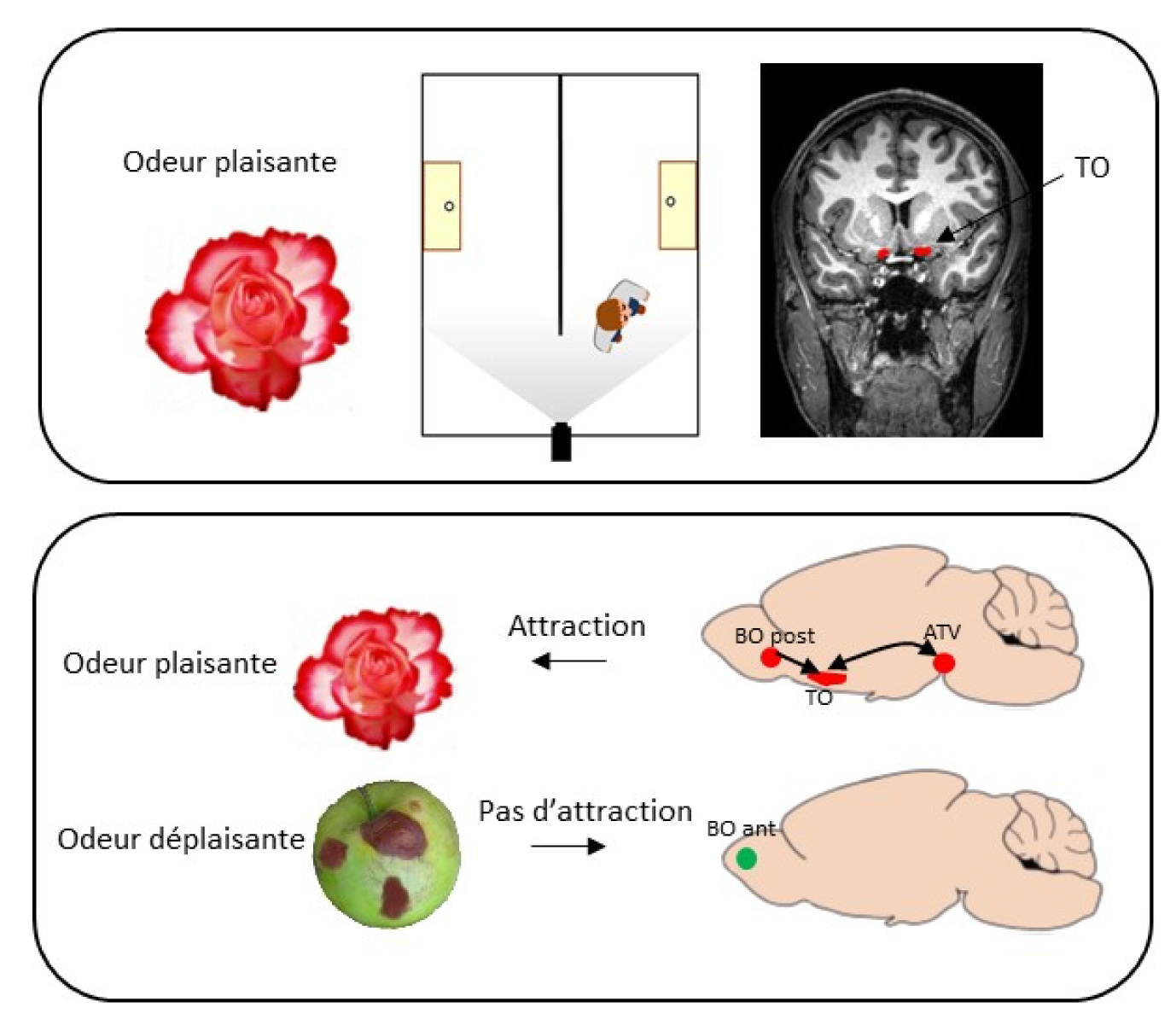 Figure: Some odorants can act as rewards on our brain, just like sugar! Indeed, their presence or the memory of their presence drives attraction thanks to the activation of a direct and privileged neuronal pathway between the posterior olfactory bulb (BO post) that is involved in processing pleasant odorants and the olfactory tubercle (TO) that is part of the brain reward system. An activation of the ventral tegmental area (ATV) that contains dopaminergic neurons involved in satisfaction state is also observed.